The Annual Meeting 2018 of Tokyo Human Resources Fund for City Diplomacy Scholarship Program was held on October 26, 2018 at Minami-Osawa Campus.

This year marked the 3rd Annual Meeting, which served as a place where international scholarship students (current/alumni) under the Asian Human Resources Fund and the Tokyo Human Resources Fund for City Diplomacy, their academic supervisors, TMU faculty/staff and Tokyo Metropolitan Government(hereinafter referred to as “TMG”) officials all got together to promote exchanges among them.

At the Part 1 of the Annual meeting, some current students and alumni gave presentations their recent research, student life, and activities after graduation. After that, the networking reception took place at a restaurant on campus. Over there, the exchanges among the attendees became all the more vibrant for communicating actively and watching the research poster presentations on 6 large panels by current scholarship students.

The attendees came to reaffirming the aim and objective of the Fund programs and strengthening further the ties among international students, TMU and TMG through this Annual Meeting.

【What is Tokyo Human Resources Fund for City Diplomacy?】

It is a fund established by the TMG in 2015 in order to support programs which help develop human resources that will play a role in mutual exchange and collaboration for the purpose of development of Tokyo and other cities in the world.

Under the previous Fund, Asian Human Resources Fund, TMU has fostered Japan-friendly human recourses that play a role as bridge between Tokyo and future, by accepting outstanding students from Asian countries and regions to its doctoral degree program in the Asian Human Resources Fund scholarship program and providing advanced education which enables them to solve the issues and problems common to large cities.

Taking over this basic concept to the “Tokyo Human Resources Fund for City Diplomacy” International Student Scholarship program, accepting students from more countries and regions to more degree programs, we are now striving to foster human resources that serve as connecting bridge among in the improvement of the Tokyo residents quality of life and explosion of city diplomacy for development of cities in the world. 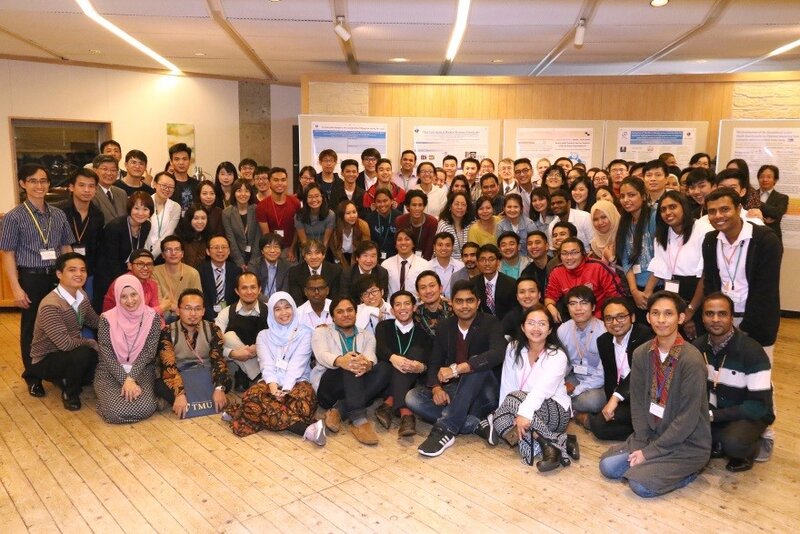 A total of 144 attendees got together at the 3rd Annual Meeting, including alumni coming all the way from overseas.