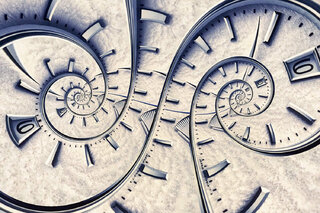 Ancient Greek philosophy incorporated what we now know as physics and biology. It formed a single worldview as a philosophical framework for ""understanding the world,"" to elucidate all the wonders around us, primarily humans, as well as water and air, the stars above, materials like wood and metal, phenomena such as fire and decay, and the huge variety of living things other than humans, and so on, subjects that in the modern day are studied in different disciplines, and it used common language to discuss them. It is in that context that I pick out the concept of "mixture." The ancient Greeks thought that all substances are constituted by mixtures of the four elements: fire, air, water, and earth.

This theory has of course been revised over its long history, but it re-emerged into prominence during the Renaissance, when the ancient Greek worldview was portrayed in works of literature and art. On the other hand, we can also see this worldview, a worldview that mixes and systematizes the diversity of different things, in the future for contemporary global society. If we split things into smaller parts, they separate, but can we not study a better way for contemporary society and how to comprehend it, from the perspective of ancient Greek philosophy, a philosophy that mixes things together to make them one?

What interests me greatly at the moment is the ancient Greeks’ approach to thinking about living things, especially how they perceived "hybridity" at the time, and I am researching the transitions of the concept up to the present day. For example, modern thinking considers a living thing whose upper body is a human and whose lower body is a horse, or whose upper body is a bird with wings that flap and whose lower body is a lion, standing on the earth with four sturdy legs, as fantastical aberrations. Such forms, however, express the desire to have the strong legs of a horse and the intellect of a human, to possess the ability to run along the ground and to fly in the sky: they are expressions of ideal forms of human being. The contemporary world tends to put greater value on "purity," but we can also see that life’s very strength resides in "hybridity." Perhaps it is because human nature seeks diversity that globalization has advanced and that attention is being paid to the postcolonial order, which could be described as a system of hybridity, in that the cultures of the rulers and the cultures of the ruled at the time mixed following the end of elitist colonial rule and its pursuit of "purity."

Moved to Japan in 2009 from the French national École Pratique des Hautes Études.
Has been teaching in Japan since 2010, and in current role since 2016.